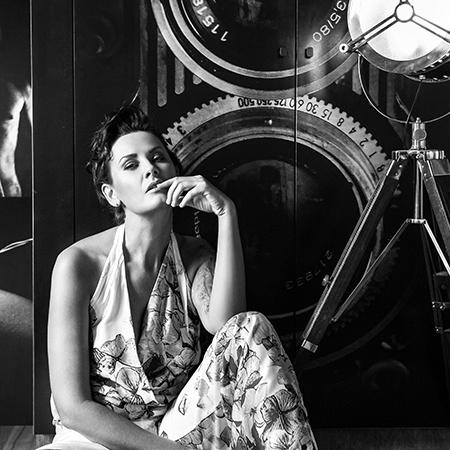 Misa, as the winner of the Miss Czech Republic, in 2002 caused back great stir in the Czech dance scene, when she began DJing and was soon cast in the legendary event Citadela. In that time her name as a DJ was widely discussed because of the mentioned competition and her work as a fashion model. Her decision to integrate into the Czech DJ elite was often taken with many prejudices. Three years later, in the year 2005, Misa got the exclusive offer to be represented by the prestigious German agency Kne'Deep, and thanks this opportunity she got the chance to travel and saw the big piece of the world with her "DJ Bag" (she played in Portugal, Germany, Denmark , Switzerland, Belgium, Spain, Italy, Greece, Moscow, Kiev , Lithuania, in St. Petersburg, Indonesia Jakarta, Yogyakarta etc.). Since 2008 Misa expanded her work activities and she was became the presenter and screenwriter the TV program with electronic music named Frisbee on the Czech music television “Óčko”. Show full description

In the year 2000 when as a model, won the beauty contest Miss The Czech Republic, she took part in the competition the Miss Wolrd in London and won the title of Miss Photogenic. Misa collaborated with leading Czech designers, photographed and filmed commercials for a variety of products. Currently, Misa is involved in organizing major dance events, provides their complete booking, production and PR. In addition to these events Misa is also responsible for booking and PR for different genres events - for example concerts of The Parov Stelar Band